I would like to discuss Brazilian academic stupidity in literary studies following two main steps: 1. start by approaching the performative difficulties of speaking about stupidity, 2. then articulate stupidity to structural and constitutive aspects of the institution of literary studies in the country, focusing on: a.the relationship between the Brazilian research university and Developmentism, b. the tension between actual intra-muros research and the social representation of the field, and c. the consequences of a scientificist-bureaucratic conception of literary studies.

Act 1: Egg starts rolling. Everything looks good. and then, the wobble. Oh no! End Act 1.

Act 2: This is really something! The egg is rolling along! It must be hard boiled to roll like that! And it’s going to land on the plate! Perfect! Beautiful! But can life really be so perfect? End Act 2.

Act 3: Here comes the plate! Plate splits? Who woulda thunk!? Oh, the cruelty of man! And yet, it is somehow the perfect answer to life. Act 3 End.

Bio: Focusing on just one thing has never been available to David Gifford, however during this time of self introspection he has coalesced his meanderings with the operatic form of the Rube Goldberg Machine! The arrangement of objects that he has been collecting for no conscious reason, the noise band, the magic show, science experiments, and making sculptures and drawings in his backyard have all come together in this exciting denouement.

The Shocking Truth About Heterosexual Animals!
A Queer Analysis of Animality as a Rhetoric Device of Assimilation

In this short presentation, we will scientifically debunk previously held ideas about heterosexuality by exploring its displays in the animal kingdom.

I want to become more superstitious. It’s a life goal – not an intellectual project. But also at stake is the possibility that an intellectual project might have something to do with a life goal because if it doesn’t then I’m just wasting my time and who really cares about thinking if thought can’t think itself into a somewhere that isn’t the where that it is now and isn’t the where that it was before. That is, a somewhere that is not here or there. A somewhere that is less sum and more just wear, like worn, like felt more than registered, like not GPS and maybe not too EKG or EEG or GSR. More like ASMR I suppose. A form of thought that operates like ASMR. Thought that tingles. But not in the way that makes it sound stupid. Something else.

Bio: I create objects and situations as solutions to real and imaginary problems, with a fondness for interactive contraptions, performances, and experimental puppet shows.

“Stupidity, dance, thought, and love.” (AKA “That’s a stupid idea. What are you, a fucking idiot? Improvisations on the theme of remnants/apocrypha.”) 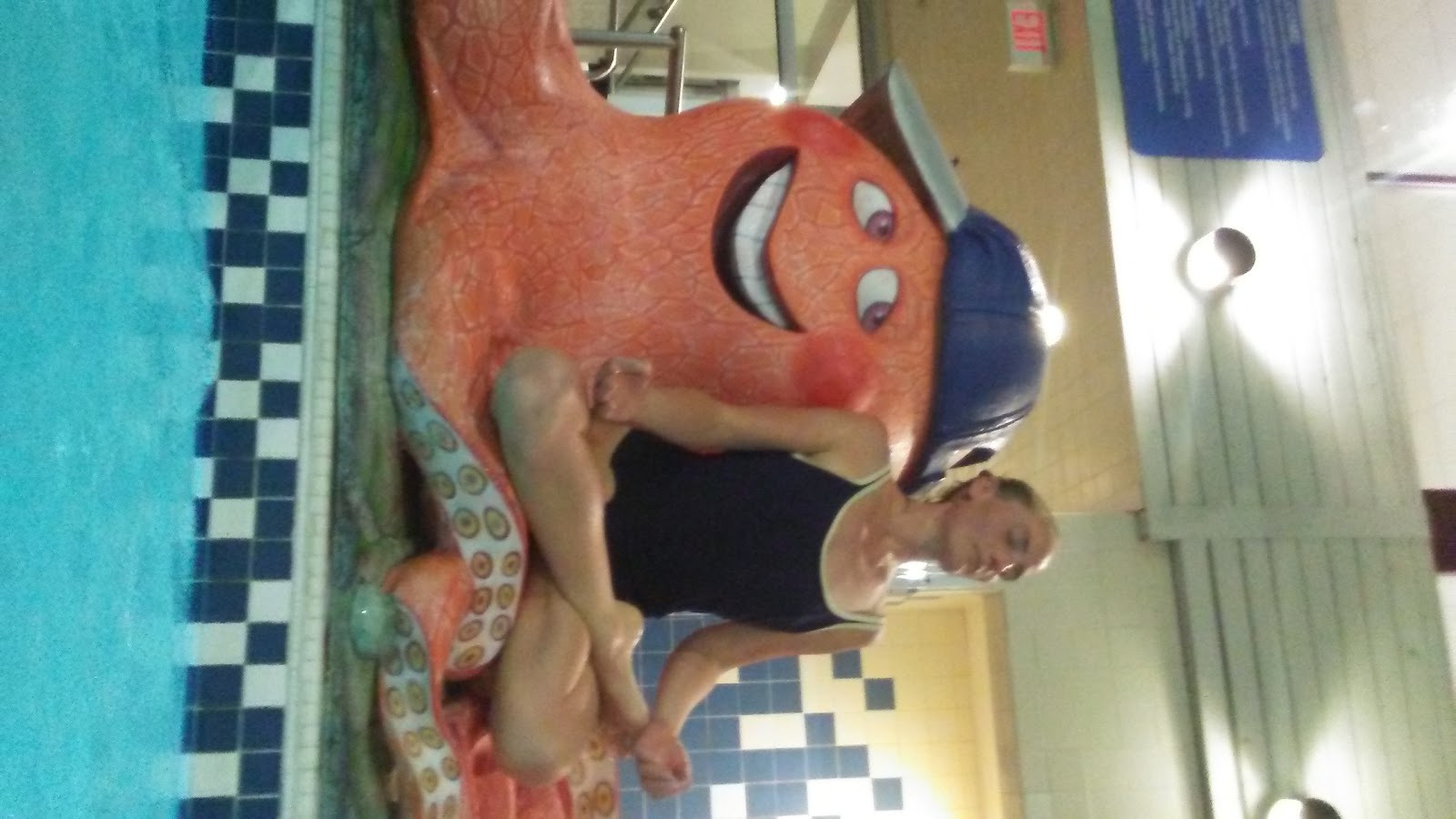 Bio: I write, make dances, teach dance, and do legal research. I like tending to the gestural remnants of experience stored in the flesh, and thinking of ways to let untold stories find their way into traditional and non-traditional modes of telling.

What I will offer at SOT: Dance improvisations on the theme of stupidity, informed by evolving reflections on what is arguably a stupid but irresistable past-time: love. I will guide participants through a simple approach to dance improvisation as a method of ‘embodied scholarship’–one that seeks to reacquaint habitual thinking processes with the discarded remnants of text, thought, and experiences still alive in the body as potential. Video can be turned off in case anyone does not want to ‘look stupid.’

In Search of the Miraculous Mixtape

What began as reverie melted into mild obsession, and now sits around my shoulders as part of me. I can no longer separate my own artistic practice from my awe of the late Dutch artist Bas Jan Ader, who was tragically lost at sea in the 70s after sailing a one-person yacht into the Atlantic. In Search of the Miraculous. After years of staring at black and white photos on google image search, I have made a mixtape. A collection of songs written, recorded and produced from my bedroom. Using the SOT2 as an official release date, this mixtape brings up questions for myself regarding fandom, love, trash music and the lo-fi aesthetic. Listen, laugh, shed a tear, or write a review for your blog. I invite you on a soundcloud journey to the stars…

Leah McInnis is an artist, arts worker and educator in Victoria, BC, on traditional Lekwungen territory. Some places her work has been exhibited locally include Open Space Arts Society, Xchanges Gallery, the fifty fifty arts collective, and elsewhere at Flux Gallery (Winnipeg, MB), Dynamo Arts Association and the 2018 Vancouver Art Book Fair (Vancouver, BC). She studied visual art at the University of Victoria and Emily Carr University of Art + Design, in addition to English and Film Studies at the University of Alberta. Leah is 1/3 of the artist collective MOPE (split between Victoria, BC and Brooklyn, NY).

A Theory of Taunting

The Taunting the Useful project seeks to “tease out” (that is to say, to “taunt”) a theory of taunting, to heckle it, to tickle it, to draw it out through useless etymologies, dead-end modalities, stupid epistemologies.

Bio: Loumille Métros is writing an experimental book called Taunting the Useful (accepted at Punctum Book’s “Dead Letter Office” series) which is made up of 144 144-word chapters involving convoluted number sequences, with footnotes leading to endnotes leading back to the chapters.

In my presentation, I will discuss how mainstream superhero TV shows & movies perpetuate dangerously daft designs and desires via a series of manipulative moves, including (but not limited to): (1) setting the action in a failed or failing state, which necessitates the hero’s intervention and makes restoring the status quo seem like “progress”; (2) discrediting the villains’ socio-political critiques through their use of reprehensibly violent tactics; (3) portraying the general population as helpless victims and/or a mindless mob; and (4) operating in a permanent “ticking time bomb” scenario so there is “No Time!” for critical thought or deeper (i.e. longer term) reflection.

Kate Plyley graduated from the UVic “Law & Society” program with her Ph.D. in 2018. She prefers the term “anti-disciplinary” to “inter-disciplinary,” which she uses to justify her rampant indecisiveness regarding which subject(s) to focus on and research. She dragged her dissertation topic, “tolerated illegality,” across as many different academic terrains as she could get away with. She enjoys making musical playlists for different occasions, crafting handmade cards, and taking photographs anywhere and everywhere.

Stupidendousity on the Maz: Where Beauty Meets Blunder

Set on the magnificent Mazinaw Lake in South Eastern Ontario, against a backdrop of awe-inspiring beauty that has captivated artists, poets and writers alike, this is a poetic retelling of a moment of incredible stupidity in my youth, written by an equally stupid younger self. Recorded on iPhone.

We believe that there is work to do outside of the confines of institutions. We believe in the fool’s errand as a path to wisdom, in the no-eyed matriarch for sight, in the clarity of humus, in the multiplicity and coziness of the stars.

Ever since Plato’s Republic, Western Philosophy (his-story) has premised itself upon the radical exclusion of the tragic, and the exclusion of a range of experiential and existential affects we call tragic, particularly grief and the phenomenon of lamentation. In a Modernity that is defined by its relation to the tragic, this expulsion, this negation, of that which is-not, should come as no surprise. However, that does not mean that this is not really stupid.

Responding to both interest from community members on Salt Spring Island, and from our own desire to help, we are in the process of creating a workshop to think-with this community, recently rocked by a tragic and violent incident, to follow the questioning: How can we use the past to understand our world(s) we inhabit today? We are using this question as our guide in working together to process this tragedy, to stay with the trouble of our interfolding apocalypses, and to create generative and magical spaces and energies in solidarity with each other.

We believe that as artists, poets, theorists, eschatologists, and spellcasters, we can help unravel the deadening white supremacist, patriarchal, heteronormative, and kyriarchically oppressive necromancy of our times to find ways to stay with the trouble in community. There is plenty of work (love and grief, listening and unravelling, deconstructing and de-constricting, and healing) we can do right now in our tired world, especially if we follow the path of folly.

Too stupefied to offer either a concept or theory of stupidity, I will rather try to ‘stay with’ this muddiest para-concept or infra-concept, trudging between the signposts (or whipping posts) left by Deleuze, Derrida, Ronell, and the (Thracian) Maid. I hope to show (or perhaps even to incarnate) that the ‘other’ of stupidity is not knowledge but thought—thought in a Heideggerian sense that is born and lives perilously close to stupidity itself. If I feel certitudes beginning to coalesce or see brows beginning to unfurrow, I may shift (gracelessly) into a (requisitely inchoate) personal anecdote and/or literary scene.

Mark Zion is a PhD Candidate in the Faculty of Law. An anti-Zionist anti-credentialist antinomian, he has become comfortable with inhabiting inherited contradictions. He’s survived some universities, attended some painful conferences, and fed the publication mill, but most importantly, gathered many tales of institutional stupidity that are sometimes so boring, dreary, and hollow that they invert into the awe-inspiring. He looks forward to working through his latest contradiction with you, with is a (quasi-)rational treatment of stupidity.